The Manuscripts & Folklife Archives division of the WKU Special Collections Library recently made its inaugural entry to the Kentucky Oral History Commission’s (KOHC) Pass the Word project; the first of more than 500 collections containing thousands of individual interviews that the library intends to contribute to the project.  The first entry, Donald A. Beisswenger’s folk studies project titled “White Gospel Music in Logan County, Kentucky”, includes five interviews with Jeff and Gwen McKinney and Chester Whitescarver, detailing their memories of “singing schools” in and around Logan County.  The schools usually lasted ten days and were most often sponsored by and held in churches in the rural south, including Kentucky, and culminated in day long gospel singing events, sermons, and dinner-on-the-grounds.  Amateur singing groups often resulted from the schools, and participated in competitions at the community, state and national level; however, the typical result was the personal satisfaction of learning to read music and sing during church services.  People of all ages participated in the singing schools which were usually held in the fall after the harvest and served as both an opportunity for entertainmnet as well as instruction in the basics of reading music and voice.

“Older people such as my parents told me how everybody used to go to singing schools, anxious to go.  It was like that when I was growing up; no entertainment at home.  There was usually a singing school somewhere about every month when I was young.”  Chester Whitescarver

Since 1976, the HOHC has supported the creation of oral history recordings throughout Kentucky.  In an effort to facilitate greater access to Kentucky’s ever expanding oral history colections, the Commission published The Guide to Kentucky Oral History in 1991.  The Guide, which identified 25,000 interviews held at 41 repositories across the Commonwealth, became a searchable online database in 2001.  The latest effort by KOHC to enhance public access to Kentucky’s oral histories has been made possible with the generous support of the National Endowment for the Humanities and the Kentucky Historical Foundation.  “Pass the Word”, http://passtheword.ky.gov/, is an interactive, searchable oral history resource containing information about oral history collections and highlights projects which have grown out of these collections, such as books, documentaions, and school programs.

Whether researching a specific topic for an academic project of researching your family genealogy, Pass the Word, with its collection level and item level search ability, will be a valuable resource.  Other recent WKU additions to the data base include the Robert Penn Warren Oral History Collecton and the African American Heritage in Bowling Green and Warren County project;  upcoming entries will include the Kentucky River Project and the Downtown Henderson Project.

To see finding aids for other oral history collections at WKU click here.

Comments Off on Pass the Word 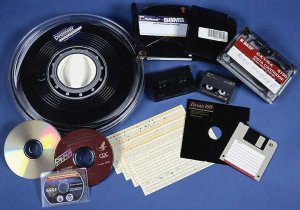 The Kentucky Library & Archives in coordination with the Council of State Archivists have declared today the first Electronic Records Day.  At WKU faculty, staff and students are creating records on computers every day.

Electronic records are wonderful.  They can be shared through email, thumb drives, or on computer servers.  They can enable greater collaboration in research at increased speed.  Some contain confidential information that need special protection.

The WKU Records Management program identifies permanent and non-permanent records created by faculty and staff.  We also assist departments in the maintenance and preservation of those records in all formats.  In addition, we provide guidelines for the proper destruction of non-permanent records.

Comments Off on Electronic Records Day 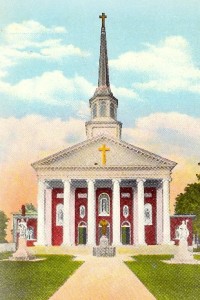 October is Archives Month and in Kentucky the theme is Athletics in Archives in honor of the 2012 Olympics. This year’s poster features images of sports being played and enjoyed by Kentuckians of all ages.  The WKU photo shows children participating in a soap box derby race down College Heights Hill.

The WKU Archives website is featuring links to Hilltopper related items housed here in the Kentucky Building.  The collections are open to researchers most Mondays – Saturdays 9 to 4.  The online inventories and digital objects are available 24/7 through TopScholar.

Archives throughout the Commonwealth capture and preserve records of all types of athletic activities.  Check out collections near you in person and those available online year round.

Comments Off on Archives Month – Athletics in Archives