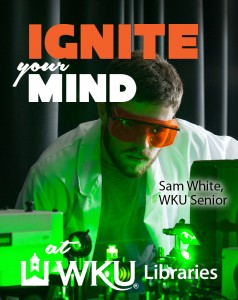 Western  Kentucky University Libraries received the “Award for Excellence” in the Library Public Relations Materials category at the awards banquet for the Academic Library Advancement and Development Network (ALADN) conference held in San Diego on Tuesday, April 21. The ALADN conference brings deans, advancement officers, and library professionals together to discuss current issues and share insights into the challenges of higher education fundraising as well as the importance of enhancing awareness of the resources and expertise found in academic and research libraries. All participating institutions are invited to enter materials into three of the ten categories which promote their institutions and advance their missions. 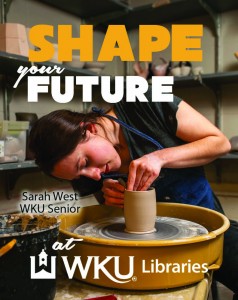 different colleges and disciplines on campus in an effort to highlight the student and his/her major, and bring a general awareness to the libraries. Jennifer Wilson, WKU Libraries Marketing Coordinator and campaign organizer, said the advertising targeted the campus community and displayed the promotion on digital screens across the university, display ads in the College Heights Herald, images on the library website, large 22×30 inch posters in the main campus library Commons area, and through social media.

According to Kathleen Schmand, Director of Development and Communications for the Cline Library at Northern Arizona University and committee member of the awards program, the organizers recruit a cross mix of judges from marketing, development, and communications backgrounds.  This 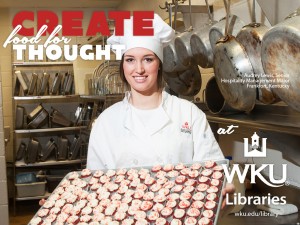 year the selection committee was comprised of marketing and development professionals from San Diego State University.

“ALADN attendees always provide a wonderful display of materials for the awards and the general marketplace,” said Schmand. “2015 was no exception. Through the marketplace we can share the amazing ideas created to tell the story of how a library contributes to the institution and ultimately the success of its students.”